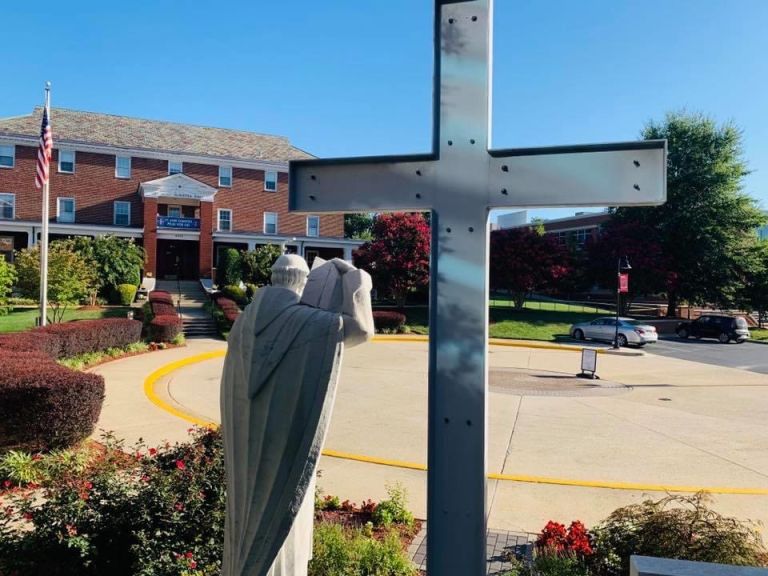 A Statement From The Leadership of DeMatha

A Statement from the Leadership of DeMatha Catholic High School:

George Floyd. Ahmaud Abery. Breonna Taylor. We add these names to too many others known and not known.

James Baldwin wrote that he loved America so much that he insisted upon the right to criticize her perpetually. Baldwin wanted America to live up to the promises that it made in its founding document of the Declaration of Independence and then in the Constitution with all of its flaws, even as amended.

We should feel the same way about America as Baldwin did, that criticism from a place of love is healthy and admirable, and we feel that way about DeMatha. We should be ready to hear criticism when we don't live up to our promises despite any improvements we have made over the years. We can't be finished growing as a country or a school. America deserves a "more perfect union" and at DeMatha we aspire to the be people of faith, community, and service.

Discussions of race in America are not easy or simple and DeMatha is not exempt from that observation. But just because things are not easy doesn't mean we shouldn't do them—in fact at DeMatha we specialize in doing things that are hard. Anyone who thinks that racism is a thing of the past in America is wrong. It is not "fake news" that African Americans, by virtually every metric, are disadvantaged in housing, banking, the judicial system, and job applications. Doing almost anything "while black" is a real hazard.

No remotely fair view of American history would argue that with the end of slavery came the end of racism. From Jim Crow laws to lynchings (and the despicable stance of the United States Senate that refused to pass anti-lynching laws), from school discrimination to media blackballing and stereotyping, from the Tuskegee experiments to the use of Henrietta Lacks' DNA, from the cultural biases of standardized tests to the "quotas" for immigration, American history to the present is littered with racial inequality. The residue of all of that is still with us and will be for a long time.

We can acknowledge all of these things—and we should—without hating America or its ideals or believing that America cannot be redeemed. In fact, until we know our own history well enough to admit our mistakes and to ask forgiveness for them, we won't achieve wholeness; we will not achieve "a more perfect union."

America is different from every country in the world because it is founded on an idea—that all "men [and women] are created equal." That we have failed to live up to that with blacks, Native Americans, women, and immigrants of all sorts—and that we still fail—does not change the greatness of the idea. We were not founded on geography or a particular race or religion or even language. Part of the genius of America, the source of its exceptionalism, is that people who embrace the idea become American. No other country can claim that.

We hold ourselves accountable to the promise that we make to ourselves as Americans and that we at DeMatha make to hold ourselves accountable to being Christians and to being people of a faith community that intentionally serves the captive, that welcomes the refugee, and that sees Christ in the least of our brothers and sisters. That we sometimes fail to live up to our ideals doesn't diminish them; and that we acknowledge our mistakes doesn't make us weak.

Due to covid 19 and based on recommendations of federal, state and local authorities, we will have limited hours and limited staffing of offices. Those entering the buildings are required to wear a mask and maintain at least 6 feet of social distancing.  We would prefer anyone coming to the school, please make an appointment by calling 240-764-2200 or the office you are directly interested in. See the website for direct numbers.

Summer Camps:  Due to the Prince George's County government and the state of Maryland COVID-19 restrictions, all DeMatha Summer Camp Programs have been postponed until further notice. If/when the restrictions are lifted, camps will have to adhere to county and state regulations which could limit spaces available.  We will provide further information at a later date.

DeMatha's Admissions Office remains ACTIVE, responding to inquiries via email and accepting 9th grade and transfer applications for the 2020-2021 school year. Email admissions@dematha.org with questions and/or click here to apply.

Virtual Commencement for the Class of 2020 uploaded to YouTube: The ceremony was broadcast live from the LT (SEAL) Brendan Looney '99 Convocation Center and Fr. Damian served as our Master of Ceremonies. After the ceremony, faculty and staff members delivered Graduation Boxes to each member of the Class of 2020 as we celebrate their years of hard work at DeMatha and wish them well in the next chapter of their lives.